Whether you prefer the vibrant nature of Tangers, the idleness of Essaouira, the architectonic exuberance of Meknes or the solemnity of Volubilis,  the unmistakable allure of Fes el-Bali or the exoticism of Jeema-el-Fna in Marrakesh….each of these destinations is unique.

The exotic nature of this location culminates at twilight, in a vibrant triumph of story tellers, snake charmers, acrobats, musicians; it also transforms into the location’s biggest outdoor restaurant. 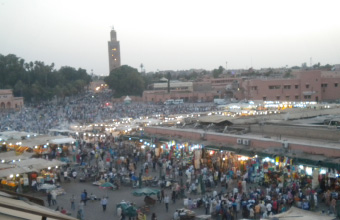 Whipped by the violent winds of the Atlantic, this fascinating and fortified city, formerly named Mogador, with its white walls between the sea and the sky, enraptures everyone, Moroccan artists and modern travellers from the west alike. 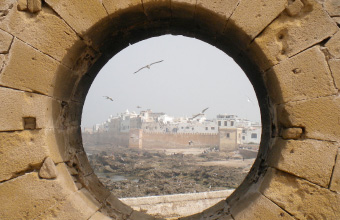 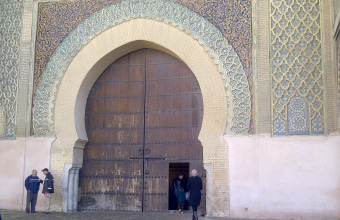 Lose yourself in the medina of Fes-el-Bali and soak up its multifaceted nature before discovering the Chouara neighbourhood close to the Fes river. 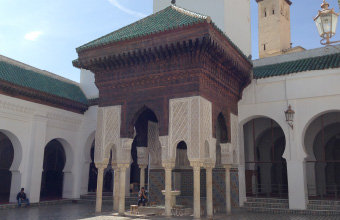 Majorelle, Matisse, Morand, Bowles, Tennessee Williams and many other artists have forged the legend of this small “paradise on Earth” through their works. 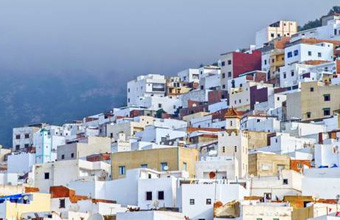 Located on a hill at the foot of Zerhoun, the ruins of this ancient Roman city include triumphal arches, spas and mosaics which are remarkably well conserved. 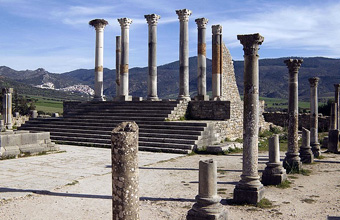 Snow dusted peaks, valleys, rivers, small streams and winding roads clutching onto the mountainside and passing through Berber villages, passes such as Tizit n’Test: welcome to the High Atlas, Morocco in all its wild and natural splendour. 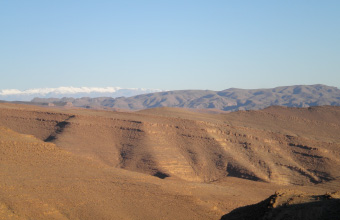 With its alleyways and blue-painted house façades, picturesque Chaouen, nestled between two mountains, is an excellent departure point for exploring the Rif. 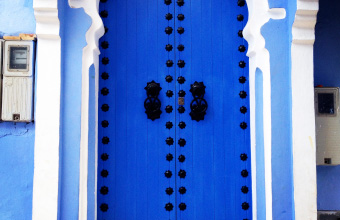 Lastly, His Majesty the King of these lands: the desert. Long the Algerian border, near Merzouga you’ll admire the beautiful dunes of Erg Chebbi, explore the landscape on a camel or walking, in sheer admiration of this corner of Morocco which has inspired writers, poets and various artists. 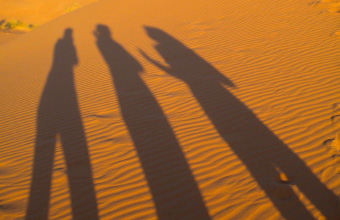