Morocco (Berber: Tagldit n Umrruk; Arabic: Al-Mamlaka al-Maghribiyya, “kingdom of the west”) is a country in North Africa, in the western part of the region also known as the “Maghreb”. Its name derives from the city of Marrakesh. The word Marrakesh derives from the Berber word Mur-Akush, which means Land of God; the name was given to the city by its founder Yusuf ibn Tashfin. Its coasts are lapped by the Mediterranean to the North, and by the Atlantic along the stretch of the straight of Gibraltar. On land it borders with Algeria to the east and south east, and with the lands of the Western Sahara (Morocco has claimed sovereignty over this land and considers its southern Touareg border to be with Mauritania). There are also 4 Spanish enclaves along the part facing the Mediterranean: the cities Ceuta and Melilla, the peninsula of Peñón de Vélez de la Gomera and the island of Peñón de Alhucemas. There are also the Chafarinas islands on the Mediterranean coast, 45km east of Melilla which belong to Spain, together with the Canary Islands, off the southernmost stretch of Morocco’s Atlantic coast. Lastly there is the island of Perejil, an uninhabited cliff in the straight of Gibraltar which is still disputed by Morocco and Spain. 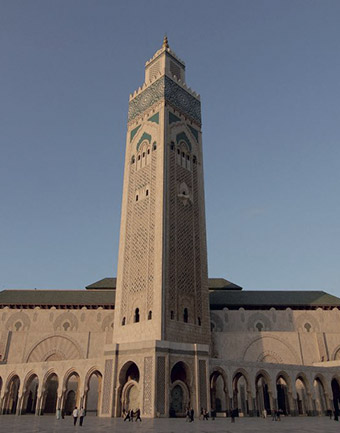 Morocco is a constitutional monarchy: its current monarch is Mohammed VI and the head of government is Abbas El Fassi. The country’s official languages are Arabic and Berber (under the new constitution Amazigh is also an official language, together with Arabic), the Arabic language is the most widely spread and spoken by the Moroccan population; French is a wide spread second language and is used a lot in administration, higher education and trade. 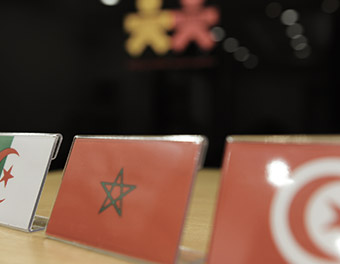 Islam is the official religion of Morocco – the Sunni variant – but the co-existence with other religions is perfect since the practice of the other revealed religions is guaranteed by the constitution. The king is the “Commander of the Faithful and the Supreme Representative of the Muslim community.” The King has the responsibility of protecting Islam in the country. The day is marked by the five calls to prayer done by the muezzin from the top of the minaret. 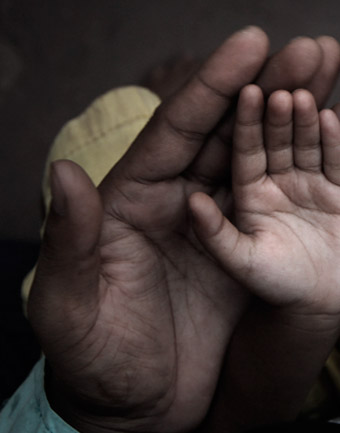 Morocco is fast becoming the most important tourist destination in North Africa, especially for organized tourism. The most visited destinations are the so-called imperial cities and the Sahara desert. You can find: cultural tourism (Berber civilizations, Phoenician, Roman, Arabic, Spanish and French); natural tourism (from the snow covered peaks of the Atlas to the Sahara desert) and seaside tourism, with the country’s Atlantic and Mediterranean beaches. Over the last few years the number of tourists has been estimated at just over five million, half of which come from Europe with France, Germany and Spain at top place. 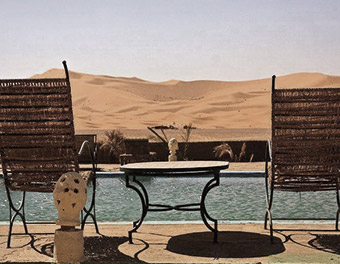