THE BERBER RUG A SECRET DIARY 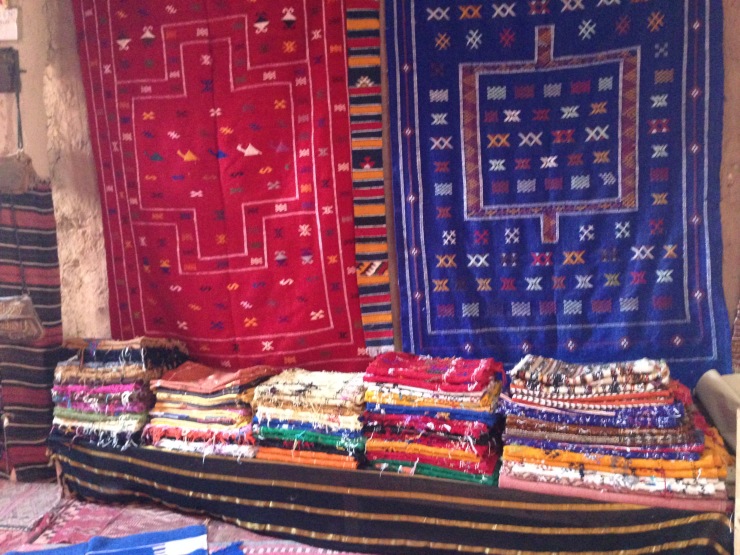 We are all more or less familiar with what a Berber rug looks like, we are capable of appreciating its colours, production, craftsmanship, origin.
But have we ever stopped to ask ourselves about the actual meaning behind those geometric patterns? They are a veritable coded language passed on from mother to daughter, telling the secret story of the woman who wove it. It is a woman’s duty to weave rugs in the home, whereas the man is required to sell them, if required, at the market.
Rugs are characterised by an array of shapes: diamonds, triangles, straight lines and zig-zags, simple and geometric patterns which differ considerably from floral patterns rich in arabesques and twines, typical of rugs in cities where Arab-Andalusian and Ottoman influences were very strong. Each rug is a unique book waiting to be decoded, the fruit of individual creativity and which represents above all the stages of the life of the woman who made it: her adolescence, marriage, pregnancy, sexuality. The abstract language used in Berber rugs is inspired by the body and its transformations, its shape and functions, it is based on the primitive male-female dichotomy. The key to decoding this language has been jealously guarded over time, on rare occasions revealed to very few historians, experts of amazigh culture and enthusiasts of ancient objects.
Made from wool, a quality rug contains at least 480,000 knots per square metre and takes at least 9 months to be made. Taznakht rugs, for example, are coloured using natural pigments: saffron, henna, mint. They are made from goat or camel wool and the woman who makes them spends many hours kneeling in front of the loom. Therefore the rug is a secret diary, a manuscript, a life story, and once it has been completed it becomes a rug for the house, a cover, a tapestry, or it is sold on and continues to jealously guard its secret story.
World famous artists such as Paul Klee, Le Corbusier, Wassily Kandinsky were great admirers of Berber rugs and paid homage to them on numerous occasions. In particular Le Corbusier, when he taught at the School of Fine Arts in Paris, upheld the following theory: “To do as Berber women do: combine the most incredible fantasy with geometry.”