THE VALLEY OF THE ROSES 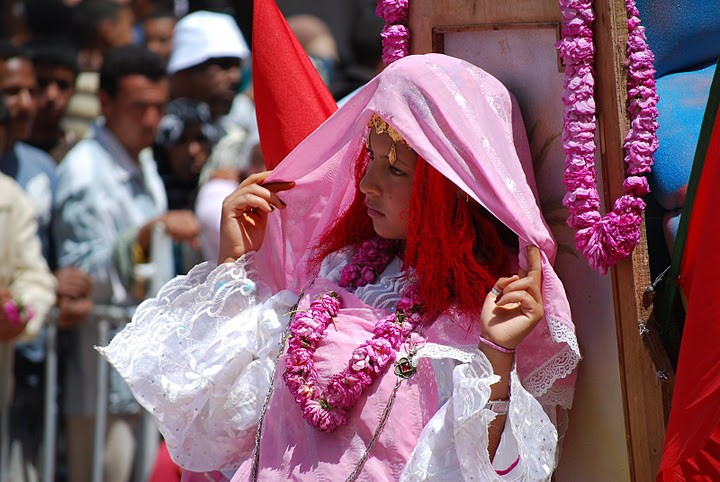 The south-eastern road leading away from Marrakesh and through the snow covered peaks of the High Atlas and vertiginous ravines takes you to the sub-Saharan valleys where the centifolia rose of Morocco is cultivated. Upon passing Ouarzazate – capital of southern Morocco, where many famous films have been shot such as Bertolucci’s “The Sheltering Sky” and “Kundun” by Martin Scorsese – we shall cross landscapes with many red earth kasbahs and stretches of rocky plateaus dotted with wild lavender bushes, tufts of thyme and camels.

After around 40 km you’ll reach the oasis of Skoura with its date palms, eucalyptus and oleanders, apple trees, vines, blossoming almond trees and spectacular ruins of fortified Berber architecture: ksur (singular: ksar). Approximately 50 km up the Dadès river and M’Goun valley to the north-east you’ll reach El Kelaa: a town surrounded by a thousand kasbahs and incredibly lush green fields. We’re 300 km from Marrakesh and 85 km from Ouarzazate, on the Errachidia road, at the gates of the desert. It is here, in El Kelaa M’Gouna, where master perfumers of Provence jealously guard a secret.

Since the early 30s, a few French industrialists and perfumers began to promote the production of the centifolia rose, whose essence, known as “Rose of May”, is used in many prestigious perfumes and cosmetic products.

The rose which first appeared on Earth 40 million years before mankind, was already present in many Saharan oases. The May rose is believed to have originated in ancient Persia although to date no one has identified the period in which the first rose plants arrived in this region. This valley, rich in palm tree groves, was once crossed by major caravan routes linking the Maghreb with Africa and the East.  It is probable that the plants were brought over by pilgrims and travellers returning from the East.  They used to return with seeds and plants which attracted their attention due to the beauty of flowers or the quality of fruits. In any case the pale-coloured rose could not have wished for a more suitable climate and thrived in these valleys inhabited by Islamised Berber tribes.

Arable oasis terrain was too limited for extensive rose cultivation, whereas these valleys of southern Morocco enabled its expansion. These fields stretch out as far as the eye can see, over 50 km in length, along the banks of the Dadès and M’Goun, where spring explodes in a luminous and inebriating array of colours. Each year during the first or second week of May (depending on the Muslim lunar calendar and decision of the National Body for Tourism), this small village nestled between the Atlas mountains and the immense Sahara, springs to life in a festival animated by Berber folklore featuring roses and all other local trades. The rose festival is a truly unmissable event.

There aren’t proper fields of roses but rather bushes which run along the inside edge of thousands of small plots covering approximately 100 hectares, divided among numerous small holders. This variety of small and extremely delicate rose develops on bushes which are approximately three metres in height, with brown branches bristling with lateral thorns. These pink flowers are characterized by dense corollas and exude a delicate perfume. The amazing thing is that this remarkable variety, Rose de Mai, here known as the rose of the Dadès, has adapted so well at an altitude of approximately 1500 metres, between the snow-covered, imposing Atlas summits and the torrid heat of the Sahara desert.
Perhaps its intense, slightly spicy fragrance, unlike the Bulgarian rose, can be attributed to its brief life. The fresh early morning breeze is laden with the fragrance of roses which have opened during the night, as well as the laughter and chatter of women in black kaftans, their heads wrapped in brightly coloured fabrics, calling to each other from one field to another. As the sun continues to rise, their shawls are increasingly weighed down by tender rose heads.
The roses are taken to a broker who promptly trucks them to the factories of El Kalaa. The harvest takes place from mid April to mid May each year.
It is no mean feat, considering that these extremely delicate flowers must be carefully detached by hand one by one, and 500 kg of roses are required (approximately 100,000 flowers) to obtain a kg of oil.